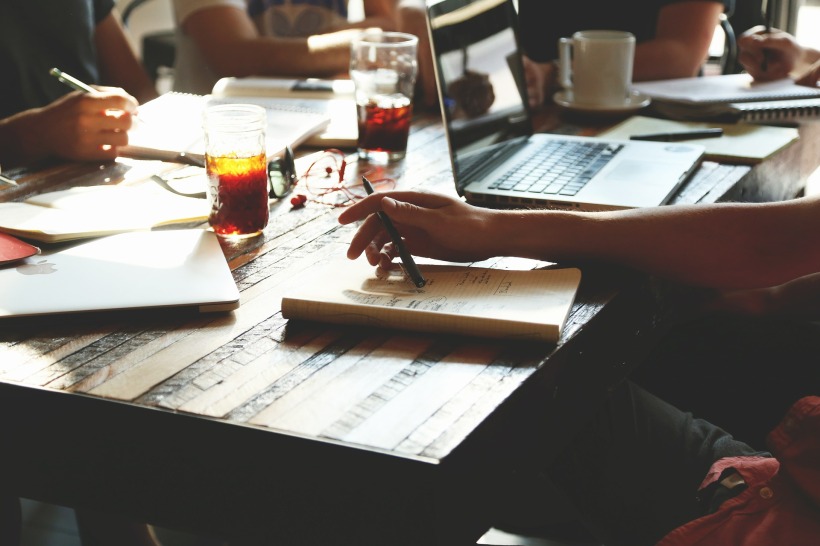 In recent months, I find myself in one of my university’s libraries on a regular basis. As the evening wears on, I make my way to the first floor of the building. There, I find a place to sit in the coffee shop which remains open until the early morning hours.

As I type up one assignment after another, I’ve noticed that I tend to flip quickly from Word to one of several tabs I have open. Facebook. YouTube. Reddit. A random article that I found interesting but got distracted by something else halfway through reading it. Netflix.

I would think that I would get through my assignments faster if I could buckle down and focus for a solid hour or so. At least, I would make a good dent of progress going in some direction. And yet, it feels like I’m working uphill most nights.

In one of my classes, the professor had us read an article penned for the Atlantic a decade ago, the title of which asked its readers whether “Google is Making Us Stupid?” Nicolas Carr, the author, made the observation that as we have increasingly integrated search engines like Google into our everyday lives, we have rewired our brains to operate in a manner that is not conducive to the deep reading that is needed within academia. Instead, we are primed to find instant answers, fill in the respective blank, and forget what we read soon thereafter.

“Immersing myself in a book or a lengthy article used to be easy,” confesses Carr, noting that before his frequent Internet use that “My mind would get caught up in the narrative or the turns of the argument, and I’d spend hours strolling through long stretches of prose. That’s rarely the case anymore. Now my concentration often starts to drift after two or three pages. I get fidgety, lose the thread, begin looking for something else to do.”

In short, Carr (and many of us today who struggle through lengthy texts featured so prominently within the humanities) has re-trained his brain to retrieve information, at the cost of knowledge retention, as evidenced by his discomfort sitting with a text of any length.

While Google, among many others, allow us to search out information quickly, it does so in a decontextualized manner, retrieving the requested information with almost surgical precision without having to do the legwork of reading a book or body of text to understand it more fully within the larger discussion going on within its field.

Socrates, in Plato’s Phaedrus, had similar concerns about the invention of writing, saying that people who used writing were substituting the written word for actual experiential knowledge. Socrates feared that people would cease to use their memory and forget. Furthermore, disconnected from experience, they would have the impression that they are knowledgeable in areas where they aren’t.

In one respect, Socrates, in critiquing the pro-writing Greeks of his time, had a legitimate concern that writing made people stupid because it shifted the human mind to engage the world in a particular way which was foreign to the previous way of doing things. And yet, writing empowered humanity in ways that Socrates did not anticipate. For one, we know what Socrates said because Plato went ahead, much to his mentor’s chagrin, and wrote his thoughts down.

I can’t help but draw a line between the institution of writing and the internet today. While I am concerned for students who don’t seem to have the capacity to sit down and read through a passage of Scripture, I wonder how the Internet might change how the faith might be conveyed or engaged for new generations.

At the exact same time, I wonder what are necessary parts of the faith, in an attempt to understand how to teach the faith in an increasingly distracted world. Abraham Heschel claims this when he states that “spiritually we cannot live by merely reiterating borrowed or inherited knowledge.” Faith, then, cannot live within a search engine paradigm, where a propositional truth is retrieved and promptly forgotten by the one retrieving it.

We must do more. But what? And how realistic would that be? Might we find ourselves at a re-visitation to Medieval Christianity, in which many people were illiterate and yet were arguably still participating in the faith? What might that look like applied to ministry today?